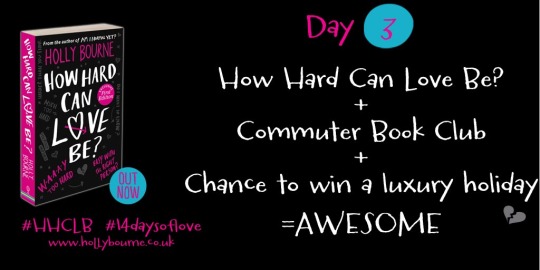 Hurray! How Hard Can Love Be? has been chosen for the commuter book club Books on the Go as its February read.

Keep your eyes peeled if you travel on a Great Northern or Thameslink train for lots of Holly Bourne love!

Find out all about the book club and for the chance to WIN A HOLIDAY to Budapest and get a super snazzy money-off-the-book voucher visit the Thameslink website.

It’s day 2 of #14DaysofLove and we have something very special for you. Here’s a little YouTube treat in the shape of a Quickfire Q&A with Holly. We asked you for your questions and Holly answered them. 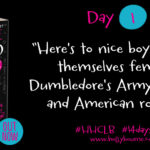 How Hard Can Love Be? is out TODAY!

So, you know how Amber was always OFF ON ONE in Am I Normal Yet? about the other spinster club girls and their boy troubles? Well, I decided it would be fun if Miss Cynic fell in love. Hard.

I can’t believe How Hard Can Love Be? is out TODAY. I hope you love Amber’s journey as much as I do. Here’s to nice boys who call themselves feminists, Dumbledore’s Army, rainbows, and American roadtrips. See you at Summer Camp!

To celebrate the launch of How Hard Can Love Be? we will be hosting #14DaysofLove – a celebration
of love in all its forms – from first love to friendships to family. Keep an eye out for exclusive videos, competitions and more! Join in with #14daysoflove and #HHCLB. 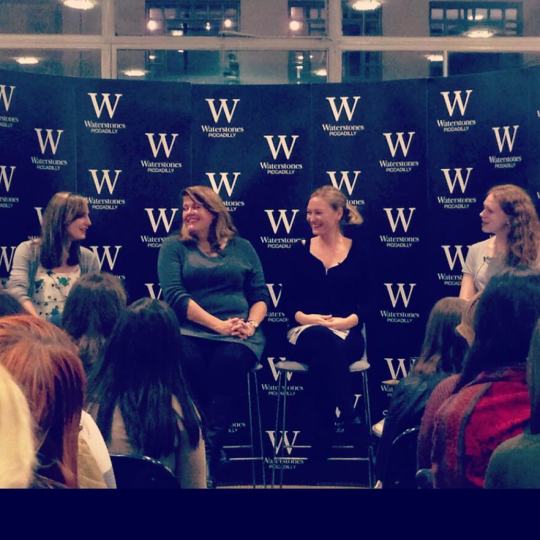 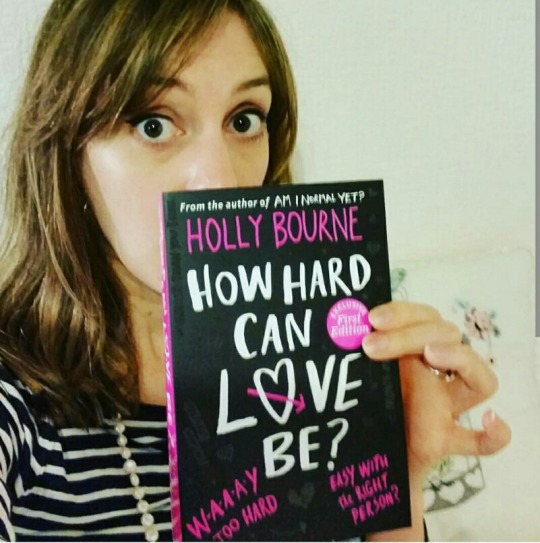 THE FINAL COPIES OF HOW HARD CAN LOVE BE? HAVE ARRIVED

There are so gorgeous and BRIGHT and amazing. And they are out on Feb 1st! And, if that’s not exciting enough, the first edition of these babies have EXCLUSIVE content. So get your grabby grab-hands out!

I so hope you love Amber’s story as much as I do. It’s much more soppy than Am I Normal Yet? Because not all boys are sex maniacs and/or general ballsacks like Ethan and Guy. 🙂

LOOK LOOK AT THEM!

Do tweet me your photos and feedback once you get your copies. Spinster Club forever! 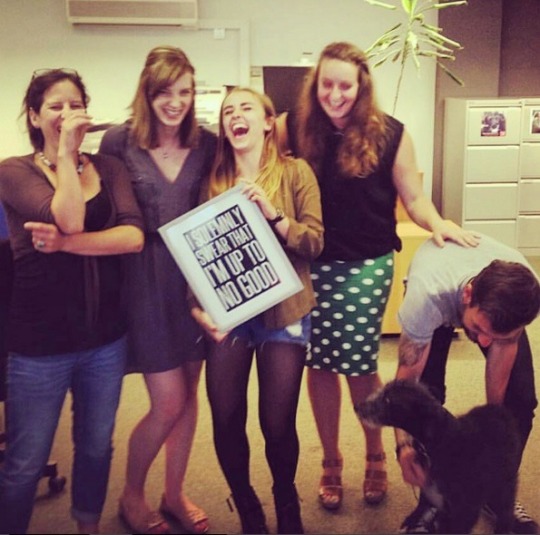 So today was my last day working as an editor for
TheSite.org. I’ve been working at the charity for FIVE YEARS and I cannot
believe how much things have changed since then. I started as a junior
journalist, writing a book called Soulmates on my commute in…and my oh my where
things have gone from there.

TheSite.org is an incredible place for young people. It
gives advice and support about every single problem you can possibly imagine
growing up. And, to mark the end of my time here, I’m sharing the work I did
there that I’m most proud of.

TheSite is such an incredible resource for anyone
experiencing mental health problems. I learned so much and it fed into my books
so much – particularly self-harm and anxiety disorders. We also did an amazing
project on Anxiety and Depression funded by Comic Relief, that ended in our
Panic Monster campaign – aiming to raise awareness and reduce stigma of panic attacks.

Bodies don’t behave. And young people are more likely to
google their…unusual symptoms than ask friends. So I have spent the best part
of five years writing about smelly willies, hairy nipples, missing periods,
swollen ballsacks, tight foreskins, and ingrown bikini hairs. I’d like to thank
the amazing Dr Ranj, who was always happy to offer some medical insight about
all these – usually during an explicit phonecall before 10am.

A real highlight for me was getting shortlisted as Sexual
Health Journalist of the Year for my article about condom-related erectile dysfunction
(otherwise known as ‘The Condom Flop). Photo of the Editorial Team at the Sexual Health Awards with Dr Ranj below.

It’s been the most incredible five years. Working at TheSite
has – without a doubt – made me a better writer, and mostly just a better
person. My colleagues have been amazing and inspiring and I’ve enjoyed every moment of my time here. But the Spinster Club trilogy is getting so
exciting that I really don’t have the time to spin both my TheSite plate and my
authoring plate anymore. But I hope to continue working with them ad-hoc, both
as a writer and as a relationship advisor. And leaving is giving me time to write
A Very Exciting New Book

So goodbye TheSite! It’s going to continue to be such a huge support for young people, long after I’ve left. Growing up isn’t always easy, but this website really does help. 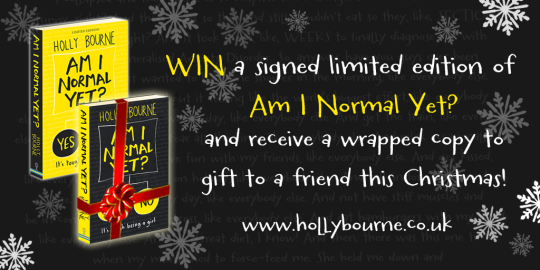 December is here, hooray! So to celebrate the beginning of the festive season we’re giving you 5 chances to win a signed limited edition of Am I Normal Yet? and a wrapped copy to gift to a friend!

Everyday this week you’ll have the chance to win – starting today! Head over to Holly’s Twitter to enter. All you have to do is Retweet!

Then be sure to follow these lovely lot for more chances to win:

Holly will be doing a live Twitter chat over at @BooksAreMyBag – it’s your LAST CHANCE to win so make sure your ready and logged in at 7pm! 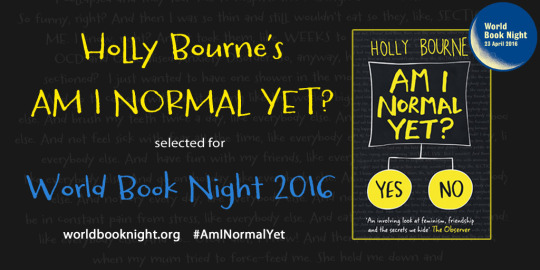 I’m so excited to announce that Am I Normal Yet? has been selected for World Book Night 2016! OMFG GUYS OMFFFFFFFFFFFFFFFFFFG! I AM SO EXCITED I WANT TO GO BUY A GOLDEN TOP HAT!

World Book Night is an annual celebration of reading that takes place on Saturday 23 April. It sees passionate volunteers give out hundreds of thousands of books in their communities to share their love of reading with people who don’t read regularly or own books.

This year, there are 15 books on
the World Book Night list – with Am I Normal Yet? featuring alongside works from amazing authors and poets including Carol Ann Duffy, Matt Haig, Jonathan Coe and Sarah Hilary.

To see the full list of books and to find out more about how and when you can volunteer go to wwww.worldbooknight.org. 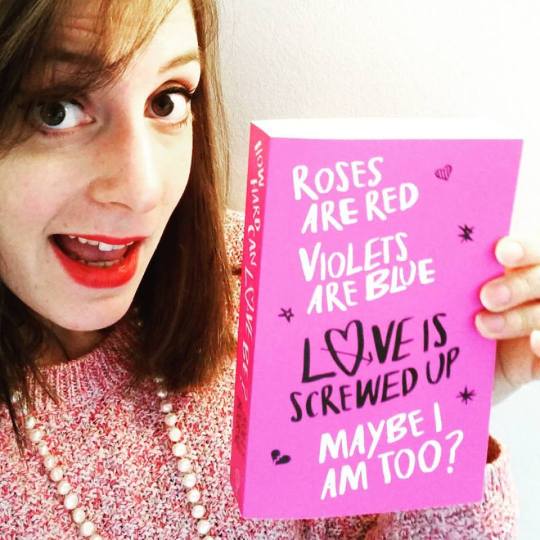 Hang on a second….

It’s only one of the special limited-edition proofs of HOW HARD CAN LOVE BE? with its exclusive anti-Valentine’s Day DOUBLE FRONT COVER?!

These should be tumbling their way out of the Usborne office into the hands of lucky bloggers and reviewers and competition winners soon! Keep an eye out on my Twitter if you want to get your hands on one. But, if you can’t get one, FRET NOT. Because these proofs won’t have AMBER’S ARTWORK inside, starting each chapter. The finished copies will. I’ve had a sneaky peek at the artwork and it is STONKINGLY beautiful. Plus, the first print-run is going to have exclusive content too. So there is SO MUCH to look forward to which is why I am so CAPS-LOCK this morning. 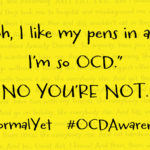 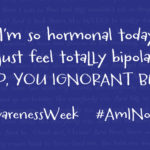 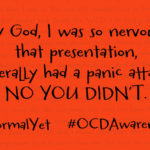