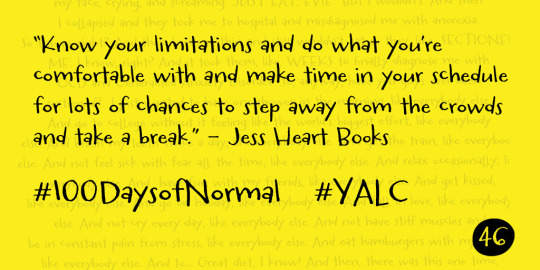 We’re super excited about it all, especially about Holly’s event. She’s appearing on a panel chatting about mental health in YA. So this afternoon, when we saw a feature by YA book blogger Jess Heart Books called ‘YALC Tips for Coping with Anxiety’ pop up on our Twitter feed we just HAD to share it with you.

Jess suffers from severe anxiety so ahead of YALC she’s put together some advice for others feeling the same way and it’s FANTASTIC. Head over to Jess’s blog to read the feature in full.

And don’t forget, Holly will be at YALC on Sunday at 10:30am talking about all things Mental Health in YA alongside Brian Conaghan, Annabel Pitcher and Matt Whyman.