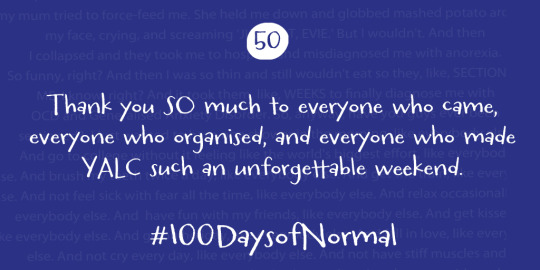 1) Being sexually harassed by Spiderman
This is the only bad thing that happened! But, yes, while I was outside Kensington Olympia, trying to find the right entrance, I was accosted by a man in full-on Spidy get-up.

If I’m going to victim-blame myself, I did maybe initially catch his attention with my inability to not look at the…umm…bulginess of his skin-tight costume.
However, this is no excuse for him then grabbing said-bulge and then proceeded to tell me just how very big his bulge was and what he wanted to do with his bulge…before high-fiving the dude next to him, who was dressed as an American Cop.

But it’s OK (well it’s not OK, but it’s just about cope-able with) because…

2) The #BeingAGirl panel talk trending on Twitter
I was, unfortunately, too busy getting lost and sexually-harassed to get to this panel on time. HOWEVER lots of favourite authors/people (including Holly Smale, CJ Daugherty and Anna James) were on it, chatting all things feminism. And, it was so popular, it trended on Twitter! It’s so inspiring and reassuring to know there are so many YA authors, using their platform to fight for gender equality – especially if you’ve just been objectified by Spiderman.

It made me feel super excited about all the upcoming feminism in Am I Normal Yet? and the rest of the trilogy.

3) How big my signing queue was going to be
I was completely and utterly blown away by how many of you queued to meet me. Honestly, one of the bestest most-humbling moments of my life. You don’t get much opportunity to touch-in with your readers when you’re an author, and you sometimes wonder if your stories are reaching people and touching people. To hear so many of you talk to me about Bree, and Poppy and Noah (and even Evie, for those of you had bought Am I Normal Yet? on the Saturday and had READ IT ALREADY!) made my heart melt. I love you all.

4) The very wise wisdom of my Mental Health in YA panel
I’m not going to lie. I was very, very nervous about being on the Mental Health in YA panel. It’s such a sensitive issue and I knew I had a lot to say. But I also know everyone has their own experiences of mental health, and you can easily upset people without meaning to. But I shouldn’t have worried. My fellow panellists, Matt Whyman, Annabelle Pitcher, Brian Conaghan and our chair, Imogen Russell Williams, were insightful and nuanced and just all-round fab.

I feel reassured there’s such a great gang of authors tackling such important stuff…and also pretty proud of myself to be included with them.
The one thing I said that seemed to get a lot of resonance, was this quote I found about hope during my research for Am I Normal Yet? Here’s a pic for those of you who weren’t there…

5) Judy Blume tap-dancing whilst yelling expletives
The definite highlight of YALC had to be seeing the GODDESS that is Judy Blume talking about her career. Like me, I don’t think many of the other authors at YALC would be writing if it wasn’t for Judy. So many of us were inspired by her in our own childhoods. And we all piled in to her event with Patrick Ness like excitable fans. She did not let us down. When discussing swearing in YA books, Judy admitted she loved using dirty language. “It’s very satisfying, a bit like tap-dancing,” she said. Before TAPPING HER TOES ON THE FLOOR AND REPEATEDLY SAYING F*CK F*CK F*CK.

…and ½
I didn’t expect these people to wander around the place, chanting ‘SHAME SHAME SHAME’ all day. But they did. And, to be honest. I was at ComicCon – WHY didn’t I expect such a thing?

Can I please come back next year, please?